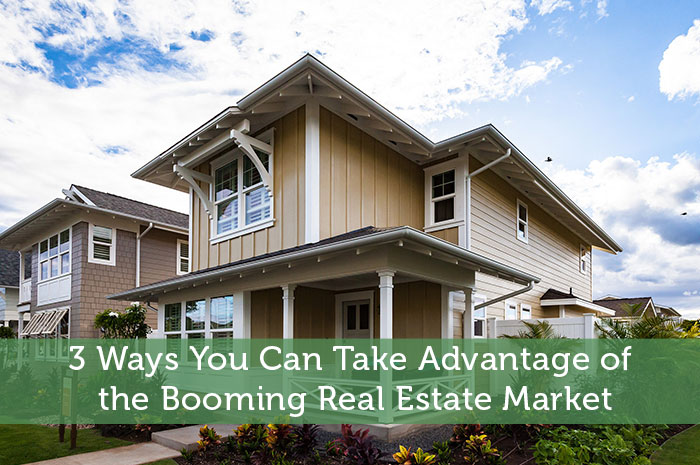 Though this has been an election year, the real estate market continued to flourish. Sellers are reaping excellent prices on their homes due to high demand, and raking in profits with no end in sight.

Getting started in real estate investment requires a bit more than just the desire to make a profit, though. The market may be doing well, but that doesn’t mean everyone will comes through an investment deal boasting of wealth and prosperity.

Investors that hope to take advantage of this market must approach it with some intelligence.

People are renting more than ever before. Even though it’s cheaper in the long run to purchase a home than to rent, it’s a popular trend that keeps growing. Economists refer to the phenomenon as rental nation, and advise those looking to make a regular income on their investment to give the rent estate approach serious consideration.

According to census reports, the nation’s rate of home ownership has been falling for a number of years. In the third quarter of 2016, ownership reached a record low of 63.5 percent. That means that 46.5 percent of all people in housing are renting rather than buying.

That’s nearly half the market that has chosen to pay a monthly rental fee rather than purchase a home — which is excellent news for you as an investor. An income property will bring in steady revenues to cover the mortgage, repairs, and nearly anything else on the side.

2. Attack in the Hottest Markets

Real estate numbers are up everywhere, but some regions offer higher profit potential than others. Housing prices have spiked far more in some locales than others, partly due to a reduction in unemployment, more jobs, and greater demand for housing.

According to Time Magazine, some markets are currently much better for investment purposes than others. The following numbers reflect the percentage of price increases between 2015 and 2016.

So housing prices in these areas are high right now, but they’re likely to continue to rise. Analysts predict that prices will continue to climb over the next five years, which suggests incredible profit potentials.

The cities above have experienced broad economic growth, and the property demand has expanded along with it. You might realize as much as six percent profit between a purchase today and a sale five years from now, thanks to the rapid growth of these markets.

This is a fairly new option for real estate investors, but it’s proved to be highly lucrative for many who have gotten involved. Through crowdfunded real estate, you’ll join an investment team to purchase a rental property, whether it’s commercial or residential. Then you’ll reap a portion of the profits with very little of the work.

Crowdfunding real estate has several advantages, but two stand out above the rest. The first is low minimums. Instead of having to come up with tens of thousands for a down payment, you can invest with as little as $1,000.

Second, little experience is required. In many cases, you don’t have to be an accredited investor or understand all that much about real estate to become successful.

Now’s a great time to enter the real estate investing action before it becomes too late to make a profit. With the right investment strategy and an understanding of the market, you can emerge with massive rewards.