A Review of “A Random Walk Down Wall Street: The Time-tested Strategy for Successful Investing” (by Burton G Malkiel) 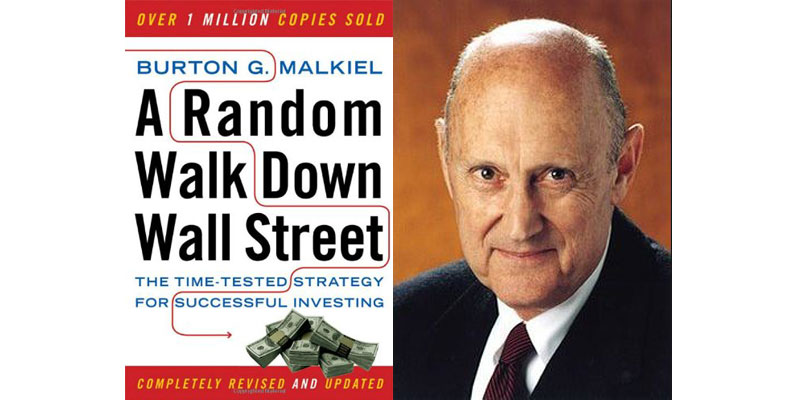 Depending on who you ask, Burton G Malkiel classic investing book should be the first on the list of any ambitious investor. Having devoured the first edition in college, I decided to tackle the revised and updated edition (released in 2015) and remind myself why this book still sticks in my mind to this day.

The ‘Random Walk’ which former Princeton economics professor Malkiel takes us on is a nod to the “random walk hypothesis,” a financial theory that argues stock market prices are essentially unpredictable. The premise of the book is to argue that investors hoping to exploit any inefficiencies would be better off eating soup with a fork.

With A Random Walk Down Wall Street now into its eleventh edition, I was particularly interested in highlighting the key parts of this book, with the intention of comparing it to the original. Instead, I decided to review the book as a whole and identify the most interesting aspects of this classic piece.

The first thing a reader will notice about this book is that it is heavy in content. This should not be off-putting, however, as everything does have a place. What you can expect to find covered in this book are:

The Psychology of Investing

Ever wondered why the human condition is so hardwired to go with the crowd?

Malkiel aims to slam a titanium sledgehammer into a flowerbed of pretty investment adages, axioms, and commonly-held beliefs which are of no substance. According to Malkiel:

“The past history of stock prices cannot be used to predict the future in any meaningful way.”

To substantiate his theory, Malkiel refers to infamous instances of mass-hysteria, such as “Tulipomania” to hammer home his point. There are illustrative graphs in the book for readers to examine, which the author touches upon while recommending that investors ride these ‘waves.’ By investing in the “castle in the air,” investors can profit from backing where the latest trend is or those who believe they are investing in something more solid.

The average reader may find a lot of the information here a little hard to digest at first. Portfolio theory, in basic terms, is having a varied number of investments diverse enough to maximize rewards while minimizing risk. Malkiel highlights that no diversification is strong enough to be impervious to risk, and that the complete minimization of risk shouldn’t be the primary goal of an investor.

The idea of Beta – or the number expressing the close range of an individual stock within the behaviors of the overall stock in the past – is also covered by Malkiel. Investors are urged to pay close attention to stocks with a high beta, as these, in theory, should rise dramatically in a bull market before plunging in a downturn.

Malkiel argues that the idea of Beta is incompatible with specifics and is hard to prove in practice.

In the book, Malkiel focuses heavily on the most polarizing issue in stock analysis, which is technicals vs. fundamentals.

Technical analysis – a process which uses former movements of stocks to predict their future movement – is heavily critiqued. Fundamental analysis – which pertains to examining a company to sufficiently value a stock, is also stripped bare. Malkiel frowns on the former, considerably:

“For example, technical lore has it that if the price of a stock rose yesterday it is more likely to rise today,” he writes. “It turns out that the correlation of past price movements with present and future price movements is very close to zero.”

Malkiel argues that technical analysis can be pulled-apart easily enough. Put simply, there are no significant, repeated patterns in stock movements. Malkiel includes a fictitious stock chart created in a test conducted by him and his students while at Princeton, which was created with simple flips of a coin.

Malkiel aims to solidify the belief that stock chart “cycles,” as he puts it,”are no more true cycles than the runs of luck or misfortune of the ordinary gambler.”

While this book is potentially a great asset to the ‘ordinary’ reader, it is very heavy on the use of investing vernacular. Some may find parts of the book a little complex, especially if they are an absolute novice investor.

Despite this, it is well worth a read, even if it takes two or three reads for some of the information to make sense.