Getting My First Home Mortgage 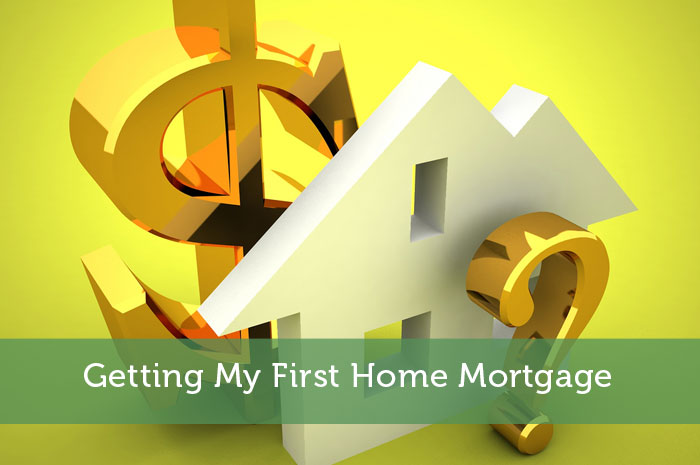 As some of you may recall, my girlfriend and I are in the midst of purchasing our first home. Previously I wrote about the importance of a good realtor and the benefits of quality home inspection.

Our home buying story wouldn’t be complete without telling you about how our mortgage process went.

Despite how others have warned about various hassles of buying a home, I have to say it’s gone incredibly smooth so far. Besides the initial minor problems with the other realtors we tried, there have been virtually no problems. That says a lot about the realtor that we were lucky enough to work with – he was a true professional. Getting the mortgage may have been the only difficult part.

When I had first started looking into buying my first home last year my lousy realtor convinced me that using a mortgage broker was the best route to take. It seemed to make sense since he would compare rates from different lenders to get me the best deal. Later I realized that the realtor was just trying to get some extra commission through the referral.

So I went ahead and got my mortgage pre-approval through the mortgage broker that the realtor recommended. He seemed pretty helpful early on, answering all my questions and getting me pre-approved for a decent sized mortgage. If I had gone ahead with that original realtor I probably would have ended up applying for my actual mortgage with this guy.

At the time his rate didn’t sound too bad and I was stoked to get pre-approved for so much. Somehow I bought his line about him not charging me anything for his services. Obviously someone’s paying him though. If it’s not going to be me, it’s going to be the lender. Of course they would factor that into the rate they offer him.

I eventually started looking at condos again this year and got another pre-approval through this guy, but the rate still wasn’t what I had hoped for. With all the talk of rock bottom rates out there, I wanted in on that and I felt my credit history was fairly strong. I figured at least the pre-approval was the green light to shop for a condo.

Once we had an accepted offer on the condo we wanted it was time to really get down to business with our home mortgage. Knowing how much I was pre-approved for and what other banks had been advertising, I went in to talk with someone at the bank that I normally deal with. Going with my current bank just seemed like a good idea considering it would make payments easier and they might be more likely to treat me better.

Like any mortgage specialist would do, she did try to sell me on a higher rate that she could actually get me. I don’t blame her since her job is ultimately to make the bank more money. On a side note I did resent how aggressive she was trying to sell me on getting life and disability insurance.

Out of curiosity I got in touch with the mortgage broker to see if he could beat the rate I was offered. That’s when he started putting on the pressure. He insisted he could get a better rate and went on to try to put down my bank. In all honesty I was quite turned off by his approach, especially since he offered me a much higher rate himself earlier. Sure I want the best possible rate, but I could see right through the way he was bashing my bank.

Instead of actually telling me what interest rate he could get me, he tried using a tactic of insisting that I’d have to commit to doing business with him first. Basically he was trying to tempt me while refusing to get into any kind of bidding war. Although I understood where he was coming from, I was quite reluctant to deal with someone who wouldn’t even tell me the rate he could get.

Rather than committing to working with someone that I didn’t particularly trust, I went back to my bank’s mortgage specialist with details of the broker’s offer. From there we went back and forth until we reached some numbers that sounded pretty good to me. In the end it was a much better deal than what the broker had pre-approved me for.

The kicker…when I sent the broker a courtesy ‘thanks but no thanks’ e-mail, he had the nerve to still bash the rate I locked in. The fact of the matter is if he had been willing to be more open, I probably still would’ve done business with him, despite his offsetting approach. I guess he was a little bitter after losing the deal.

The rate I got in the end is 2.7% on a 5 year variable mortgage. I realize that a fixed rate might’ve been safer, but as long as we keep an eye out for interest rate increases, we can ride out the low rates for a while. Then when they do go up a bit we can lock in 5 more years at that rate.

Overall I’m quite satisfied with the mortgage we got and really the process wasn’t too painful. It’s nice to have cleared one more hurdle towards owning our first home. Maybe I should’ve kept shopping around for an even better rate, but I doubt I would’ve got much lower.

How did your last mortgage negotiations go? Do you have any tips for getting a good deal on a home mortgage?

54 thoughts on “Getting My First Home Mortgage”