Are Gold Backed Bonds the Safest Corporate Debt Obligations to Invest In? 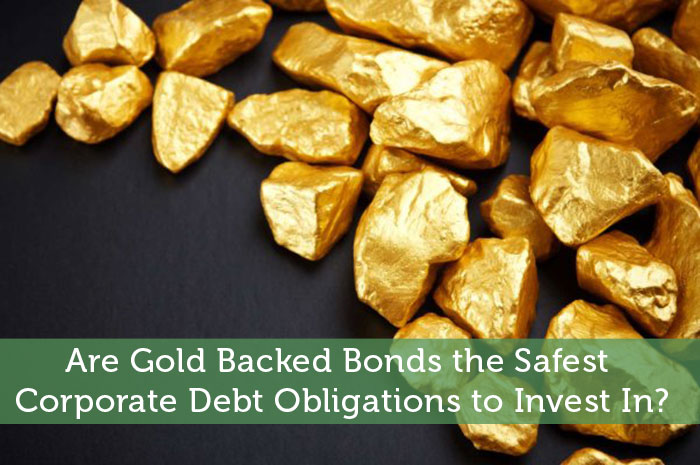 Due to recent events, particularly the Brexit vote, corporate bonds have been taking a hit in the markets, and it does not seem as though it will slow down anytime soon.

Since the referendum, junk bonds, European stocks, and currencies have been drastically shaken. In addition to that, no new issuers have come forward to the market as it’s been completely shut. Due to such uncertainties, a lot of investment houses and buyers are considering buying significant amounts of corporate bonds.

Overall, since April of 2016, yields on Junk-rated corporate notes have jumped up to 5.05, making it mostly enticing. On that note, most of these notes have microscopic to no security for the investors.

The company Gold Backed Bonds, LLC, situated in the State of Montana structures and sets up a unique bond model that leverages the in-ground reserves, mostly composed of Gold for the security of institutional investors, by assigning a considerable portion for companies to secure financing.

Notably, most institutional investors don’t expect much security or protection of their capital when divesting their interests into Junk notes, however, the scope of in which Gold backed bonds work, conserving the principal money was the first initiative by way of setting aside physical gold in vaults, until the point in which the bond itself matures.

International markets have consistently indicated a constant warning for institutional investors who are moving their money in Junk notes, especially if you’ve taken a look at China. Bond default rates have gone through the roof and markets are collapsing on top of one another. There has never been a greater need for secured bond structures.

A recent article by Wall Street Journal discusses how China is opening its doors to the international markets for investors more than ever but faces considerable scrutiny due to many companies having ‘closed books.’ A memorable example is a company called Evergreen Holding Group Co., which defaulted on its $60.9 Million bonds when it failed to report problems in its earlier stages in addition to the loss of money.

Investors are anxious and are always scoping for new opportunities in the bond markets. Large companies who are in a sense either expanding, going through a merger, or acquiring new territories should take into consideration the model in which Gold Backed Bonds, LLC proposes.

Additional initiatives such as double revenue streams make it a favourable structure. In essence, the mines that will be extracting the in-ground reserves will, in turn, store away funds into a designated Escrow provider and release them based on specified terms. It is very likely that most companies will face hardship at the beginning when maintaining coupon payment obligations, however, thanks to the proposed partnership initiative by the Gold Backed Bonds, it would be less of a concern.

For most institutional investors, the additional layer of security can mean a great deal. Gold being stored away until the bond reaches its maturity makes it appealing. Moreover, should a default occur, the gold will be released to the note holders, based on pre-determined terms.

Overall, the risks of default are higher than ever due to the conditions that surround the current markets. Secured structures need to be taken into consideration as it may be the only sure fire way of moving money over. Gold Backed Bonds, LLC, is looking to issue three to four of these securitized bonds into the markets within the next 6 to 12 months. It is probable that a lot more will be achieved based on what directions the markets take.

Interestingly, by issuing these types of notes, a company can hold on to their cash flow for the first two to three years. The model permits bond issuers to preserve their first few years of revenue in order to grow and sustain, thanks to the financial model.

Author Bio: As a bespoke financial mentor, Ali’s goal is to provide financial transformation to those who seek his help. From the areas of business success to personal development, Ali is actively mentoring students in the areas of credit, business and marketing. His connections span from across the globe and has developed relationships that are invaluable. Visit LinkedIn to learn more.

4 thoughts on “Are Gold Backed Bonds the Safest Corporate Debt Obligations to Invest In?”