How to Position Trade the Forex Market – Long-Term Strategies Explained 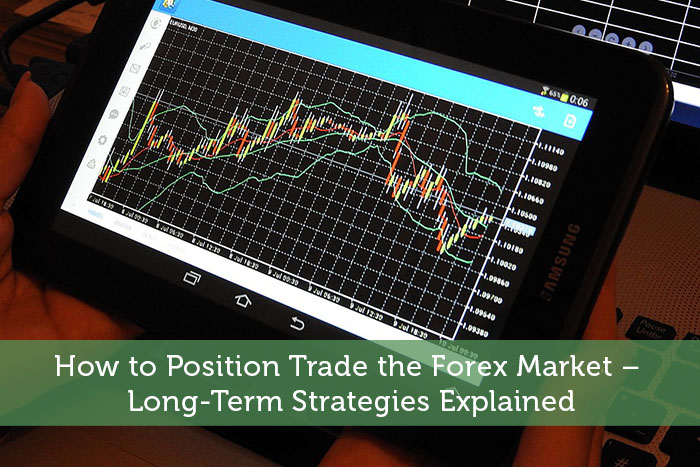 The majority of retail Forex traders are attracted to the market because currencies are trading around the clock, volatility can be quite high and leverage can boost profits even in the very short run. Unfortunately, many of them miss the opportunities that hide behind long-term trading.

Long-term trading – also called position trading – is a trading style in which trades are left open for weeks, months, or even years. Long-term traders aim to take advantage of the large, broad swings in which currencies tend to trade over the long run.

What is Position Trading?

Position trading is a very long-term trading style. In contrast to day traders and swing traders who leave their trades open for days at most, it’s not unusual for position traders to hold to their trades for months, or even years. Successful position trading requires patience, discipline and a good understanding of Forex fundamentals.

Watch: The Basics of Forex Explained

Market fundamentals play an increasingly important role as the time horizon lengthens and can create strong and long-lasting trends in the Forex market. However, this is not to say that position traders don’t rely on other types of analysis – technical analysis works as good (or even better) on longer-term timeframes just as on short-term ones.

There are three main ways how position traders benefit from staying invested in the market in the long run.

Position traders trade in the direction of the underlying trend and don’t care about short-term price corrections and market noise. That’s why position traders need a considerable amount of capital to withstand any negative price fluctuations in the short and medium run. However, when trading on lower leverage, even traders who are not well-capitalized can get their feet wet in position trading.

Interest or swap income is another major income stream of long-term traders. If a trader is long a high-yielding currency and short a low-yielding currency, the difference in the currencies’ interest rates will be credited to the trader’s account on a regular basis. Over months, this can sum up to a considerable amount.

Unlike short-term traders, position traders have the advantage to rely on currency correlations which work best in the long run. This helps in the creation of a diversified portfolio and reduces trading risk.

While short-term traders mostly use technical analysis in their daily trading, partly because fundamentals don’t have a large importance over the short run, position traders can take advantage of both technical and fundamental analysis.

One of the basic premises of technical analysis is that markets like to trend. Almost all technical tools have the sole purpose of identifying trends and trend reversals as early as possible, and position traders aim to profit on exactly that. As long as an uptrend makes higher highs and higher lows, and a downtrend makes lower lows and lower highs, position traders could stay inside the trade from a technical standpoint.

Over the long run, fundamentals are also starting to play an increasingly important role. That’s why position traders need to have a solid understanding of fundamental principles and currency valuation models. If a country’s economy is growing stronger than expected, unemployment rates keep falling and the central bank is on a rate-hiking path, that currency will likely continue to appreciate in value over the coming months.

By combining the entry and exit points identified by technicals and the overall growth potential of a currency represented by fundamentals, position traders are able to open high-probability trades which have a high chance of winning over the long run.

A simple peak and trough analysis can form a complete long-term trend-following trading strategy for position traders. Currencies like to trade in long-lasting trends, especially if fundamentals support the underlying trend.

During trends, the price doesn’t go only in one direction. Instead, it occasionally forms counter-trend moves known as price corrections or secondary waves (with the underlying trend being the primary wave.) During this process, the price forms its characteristic zig-zag pattern which can be seen on almost any price-chart.

For position traders, it’s important to identify the peaks and troughs that those zig-zag patterns form. During uptrends, those peaks form so-called higher highs (HH) and the troughs form higher lows (HL), while during downtrends, peaks form lower highs (LH) and troughs form lower lows (LL). This can be seen on the following USD/JPY chart from 1995.

The chart shows a downtrend in the first half of the year, identified by LLs and LHs, and an uptrend in the second half of the year, shown by the HHs and HLs. A position trader can enter with a short position as soon as a downtrend is identified and place a stop-loss just above the recent peak (since a break of the recent peak would invalidate the downtrend).

When the price forms a fresh HH, a position trader who has been short should consider closing the position and waiting for a potential uptrend to confirm. This happened in the second half of the year with the first HL and HH. Opening a long position at this point should be followed with a stop-loss just below the recent trough.

Combined with fundamentals, this would make a great long-term trade since the US-Japanese trade disputes during 1995 triggered a heavy selling of US dollars in the first half of the year. The example mentioned above is actually a well-known trade made by Bill Dunn (Dunn Capital), who caught both the downtrend and consecutive uptrend with a simple peak and trough analysis combined with fundamentals.

In the following lines, we’ve listed some tips which can enhance the trading performance of position traders.

Use a Low Leverage

Since prices tend to fluctuate to a large extent over the short-term, position trading is usually considered a capital-intense trading style. Position traders need to be able to withstand negative price fluctuations, which will almost certainly move a long-term trade into negative territory during its holding period. However, by using lower leverage, even position traders with a smaller trading account can place long-term trades and don’t worry about getting a margin call. Learn about initial margin requirement and why it’s an important factor to consider when you trade.

Use Weekly and Monthly Timeframes

Being a long-term trading style, position traders mostly focus on weekly and monthly timeframes and use the daily timeframe to get precise entry and exit points. This works in the advantage of position traders, as longer-term timeframes tend to be more reliable than shorter-term ones from a technical standpoint.

In addition, exchange rates exhibit a positive serial relationship over longer time horizons which can’t be identified on daily timeframes.

According to Deutsche Bank’s foreign exchange research, “Although researchers often find support for the view that exchange-rate movements tend to fluctuate randomly on a daily basis, they also find evidence that exchange-rate changes are positively serially correlated when viewed on a monthly basis. Thus, although exchange rates may fluctuate randomly over very short time spans (i.e., daily), they tend to rise and fall on a trend basis on a medium/long-term (i.e., monthly) basis.”

Be Patient and Disciplined

Last but not least, position trading requires patience and discipline. Many traders may find it difficult to hold on trades for weeks, months or even years. Moreover, many of them won’t feel comfortable in periods when a long-term trade goes against them. Position traders need to have faith in their trading strategy and analysis, which is why position traders usually have many years of trading experience.

Position trading is a very long-term trading style that aims to profit from long-lasting trends in the currency market. It requires a lot of experience, education, patience and discipline to be a position trader, which is why only a small percentage of retail Forex traders have adopted this trading style. Nevertheless, with the right mindset and approach, even simple trading strategies such as peak and trough analysis can become very rewarding in the long run.