How Identity Theft Can Ruin Your Finances 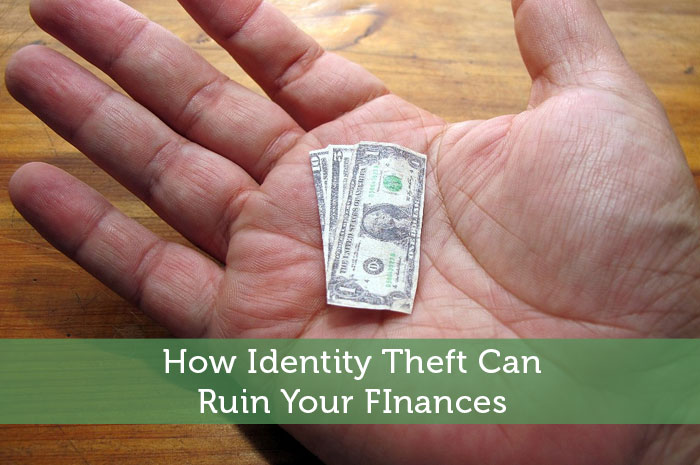 Most of us don’t think much about identity theft on a daily basis. But of all of the things that we could potentially worry about, it is one of the most worthy of our attention. Let’s compare the average rate of identity theft to something familiar – fatal car wrecks. Most of us know someone, or several people, who have been killed in automotive collisions. But only about 30,000 people died this way in the US last year. By comparison, just over 13 million Americans suffered some sort of identity theft and fraud in 2014.

Not all instances of identity theft have the same consequences. Some people will have a bank password cracked or stolen, but the institution quickly catches and corrects the problem. Other people aren’t so lucky. You may be personally unaffected, so far, but the effects of identity theft can be very severe. Sometimes, the impact is strong enough to be felt in your life for many years to come. I’ve identified many of the ways that your finances can be wrecked by the right kind of identity theft.

This is just a smattering of the possible consequences of identity theft. It is important to note that identity theft tends to accumulate. If, for instance, a thief is able to break into your email, the thief will have access to lots of different passwords to many vulnerable accounts, as well as lots of other personal information. That’s why each password is important. Just think what someone could learn about you if they could access your Facebook account and messages, what other accounts they could access after successfully breaking in here. You don’t want to give an identity thief a foothold. Change passwords frequently, and make them diverse and complex. Also consider investing in identity theft protection, a service that monitors your identity and stops thieves before they can make a dent in your personal and financial life. Whatever you choose, be vigilant. Identity theft is prevalent, very likely to affect you one day, if it hasn’t already. When it happens to you, contact someone immediately. But as they say, prevention is better than cure, so be sure to take some precautionary measures to protect yourself from identity theft now.