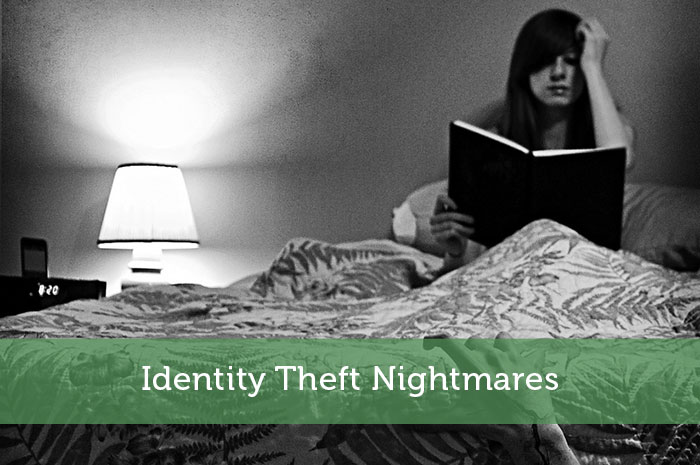 If you go to Justice.gov, there is some riveting prose telling the stories of Ruth Roe, Beth Boe, and Janet Doe (among others) and their catastrophic brushes with identity theft! And why does the Government want you to know about the consequences of identity theft? Because varying degrees of identity theft happen to about 13 million Americans each year. That’s roughly 6% of the adult population of the United States – a not-insignificant number.

For most of these people, identity theft is caught early, nipped in the bud if you will. I have experienced this myself a couple of times. Once, years ago, I got a call from my bank that purchases were being made in my name at a fair clip, in Amsterdam. Having never been to Amsterdam, then or since, it was little wonder what was happening. The illicit purchases were canceled and my money returned. A similar instance happened this past fall, but now that I use an identity protection service, the problem was corrected even faster. All I had to do was change my password. I have been lucky. But not everyone is as lucky as me.

For thousands of people every year, the consequences of identity theft are much, much worse. Now that all of your personal identification dwells online, somewhere, it’s just a matter of breaking through one or two vulnerable information portals – your email, say. From there, the thief can glean a lot of other information about you, using it to break into your financial accounts and other prone personal places. It’s a domino effect. If someone can get past your password at the right location, they’ll find it much easier to break into all of your accounts. Your email, which potentially contains passwords for ALL of your accounts as well as your social security number, is especially dangerous if broken into.

So what happens if someone gets ahold of some of your personal identity information? We’ll talk about some common worst case scenarios. We’ve already covered what happens if you catch it early, so here are some of the consequences when identity theft isn’t caught so early.

These, and a lot more identity theft nightmares happen every day. Now that you know how common identity theft is, it is important that you begin to insulate yourself. If you are a normal person, long and complex passwords are your best defense. Change these fairly often, usually once a quarter. Also, be very careful where the information is stored. If it’s possible to keep record of your passwords in your head only, do this. Use only secure sites for buying (sites with the “s” in https:), and use a separate email for shopping. Finally, consider using an identity protection service, especially if you feel you have a lot to lose. I know this is a lot, but your online identity is a big priority. It ties together every aspect of your life, and you want it all to be as secure as possible.

Protect Your Identity With LifeLock Today