When most of us start investing for the first time, we don’t know what to expect. When we allocate money for investments that are meant to grow over decades, it can be like sailing out into the middle of the ocean. For this post, we’re going to be using index funds as an example. Investment in these funds is an investment in the growth of an entire marketplace, rather than pinning growth on a few individual stocks.

Many funds and ETFs are built to achieve amazing diversification, often representing entire markets. As these markets grow, so does your money. The problem is that no market grows perpetually. Every market has Bull and Bear periods. To invest with confidence, it’s important to understand how these market tendencies actually operate. We’ll look at Bull and Bear markets throughout the 20th century to try to demystify these market events, hopefully instilling you with a bit more confidence about your investment strategies.

What are Bull and Bear Markets?

Exact definitions of Bull and Bear markets differ, but generally speaking, bull markets are times of growth; bear markets are times of market decline. A bull market is typically 20% growth in a relatively short period of time; bear markets decline 20% or more in an equally short period of time. From the perspective of an individual investor (particularly a new investor), these market conditions can be exhilarating, or terrifying. After all, a new investor has put a lot of money into these funds. With real investing, there’s no safety net. If the market drops just after you’ve allocated your money into index funds, that’s money you’ve lost. Of course, if the market suddenly grows…

How Often do Bull and Bear Markets Happen?

It’s possible to study market growth patterns for most of the history of the United States, but only after the Industrial Revolution and Great Depression do we observe modern market behaviors. That’s why we’re going to look only at the numbers from the past hundred years or so. Our timeline shows that Bull and Bear periods alternate each other, but that there is no way to predict when one will occur or how long it will last.

Bull and Bear markets leapfrog each other necessarily. You can’t have indefinite growth without periods of decline, so a chart of market growth and decline will have lots of ups and downs. From the investor’s perspective, this is fine as long as the Bull markets last longer and take place at a higher intensity than their Bear counterparts. Fortunately, this is exactly the pattern we see in the 20th century.

Since the 1910’s, America has seen 9 Bull markets, and 8 Bear markets. Bear markets have been separated by periods as short as 2.5 years and as long as 15.1 years. That means that during that latter period (from the late 1940’s through the early 1960’s), America’s markets experienced near constant momentum. The market grew 935.8% during those years, or 16.8% a year. Those were truly incredible returns for those with properly diversified investments in those days. America has never seen consecutive growth as great as that period, but the market have come close several times.

A Century of Highs and Lows (Mostly Highs)

In the 20th Century, the average Bull market lasted 8.9 years and saw markets rise by 462%. Bear markets during the same period lasted an average 1.3 years, seeing markets decline by 41%.

As you can see, Bull markets historically exceed Bear markets, in quantity, duration, and degree of value change. If you were lucky enough to be a savvy (perhaps immortal) investor in 1915 who was in good health for the next 100 years, you would have seen your money grow exponentially. This would hold true even through the Great Depression and Great Recession. This would hold true even if you put your money away and never managed it at all. America’s markets tend to grow, and they show no signs of stopping. Investment methods which latch onto this tendency for growth will do very well.

How Does This Information Impact the Way We Invest

Knowing all of this, the sensible thing for a new investor to do is, simply, invest. Even though we live in a time of economic growth, we know from history that another Bear market is coming, sooner or later. Because we can’t predict when this time of decline will come, how much decline will happen, and how long it will last, it’s important to invest when you have the money to do so, not trying to predict an opportune moment. As we have seen from the above analysis, funds invested at any point in American market history (20th century) would have grown many times over, given enough time.

If you are a young investor, or any investor planning to be invested for more than a couple of decades, index funds in the form of index funds or ETFs are your best friend. They’re not the only way to invest, but they are very likely to provide you with steady growth for your entire lifetime, with the occasional loss due to bear market conditions.

Of course, there is the possibility that a bad Bear market will happen just when you’re planning to retire, or otherwise divest yourself. It was a terrible time for investors almost ten years ago when their portfolios suddenly lost more than 50% of their value in just a few weeks. Markets rebounded, as they always do, but this was a very trying time for people who were on the verge of retiring, or needed healthy investment to provide the dividends they lived on. What’s more, the markets’ decline wasn’t limited in scope to retirement investments – it rippled across the entire financial world. People who depended on investment were incredibly vulnerable during this time, and some lost everything.

For people in fear of this kind of situation, the best thing to do is invest in bonds. Bonds are much more stable than investments in a public marketplace. They’re essentially a loan to the US government, paid back at steady levels of interest. The government finance system is much more stable than any global market. Though it won’t provide the kind of returns that stock markets can cast off, it can provide low, steady growth for a portion of your portfolio.

Many people advocate for an age-based system for bond allocation. If you are 35 years old, say, you’d allocate 35% of your retirement investment account to bonds. The remaining 65% of your retirement portfolio would be in the markets, taking advantage of their history of strong growth (and only occasional decline). If you were to lose a large portion of your investment, you’d have a reserve in your bond allocation. The money you lost in stocks, you’d have plenty of time to recoup over the coming years and decades.

If you take away nothing else, just know that Bear markets happen, but less often and to a lesser degree than Bull markets. Invest when you have extra money, not with any worry about the behavior of the market (these things are almost impossible to predict). Pick your allocations with a lot of thought for how much risk you are willing to take (stocks/bonds). Once you’ve allocated your funds, just be patient. If you wait long enough, you are likely to see enormous returns. Keep contributing money as you are able, learn about tax-protected strategies, stay the course, and you’ll have lots of money ready for retirement or any other purpose you can dream up. Bear markets happen, but they’re nothing to be scared of for knowledgeable investors. 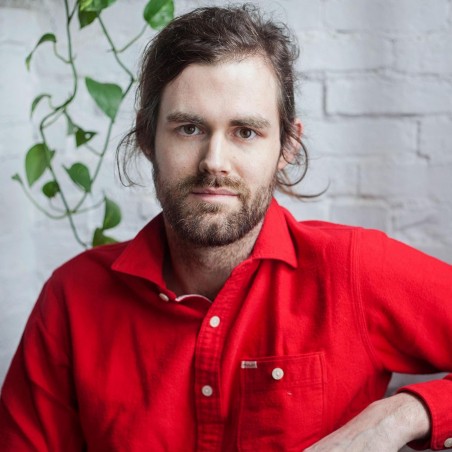