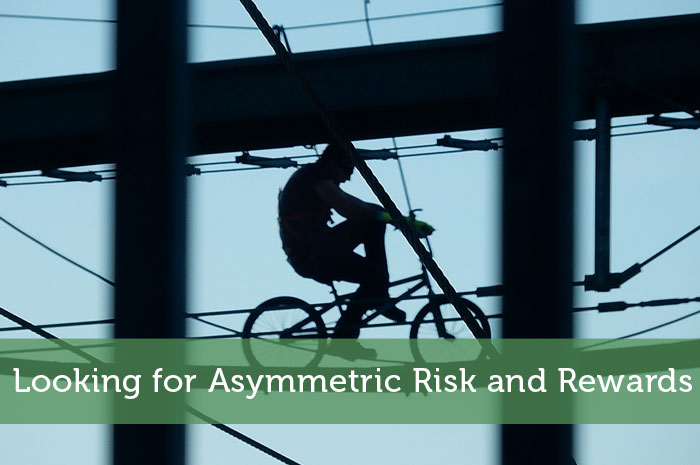 The old adage that we have to take on a great amount of risk in order to earn a high return isn’t always true. Sometimes we can protect our downside without sacrificing any upside potential gains. This doesn’t happen often, but when it does it creates a good trading opportunity.

For example, earlier this year in June, the United Kingdom held a referendum to decide whether or not it should remain in the European Union. Most traders and investors were pretty confident that people in the UK would prefer to keep their status quo and therefore, vote to remain in the EU. This meant that the British financial markets were nearly fully priced for a “remain” outcome. However, when the votes were finally counted it turned out that voters have actually chosen to exit the European Union. This had an immediate negative affect on the UK markets because it had to now price in an exit, instead of a stay. The British Pound Sterling fell from US $1.50 to US $1.30 within mere hours, which is a huge move for a currency. The price of gold climbed by over $100 per ounce, before settling back down but still closing the session over $50 per ounce.

Shorting the Pound or having a long position in gold just before the referendum is an example of an asymmetric risk/reward investment opportunity because the risk is disproportionately smaller than the potential profit. If the British population had voted to remain in the EU, then nothing much would have happened to the markets because a remain outcome was already priced in. But if they voted to exit, then there would be large market correction and a boost for gold, which is what ended up happening.

Investors and fund managers should use all the tools available to them when trying to earn returns in the markets. Kyle Bass of Hayman Capital utilized an asymmetric bet in 2009 where the risk-adjusted-return was 1 to 500. By predicting that Greece will restructure, he purchased CDS for really cheap which paid off well for him.

The U.S. presidential election on Tuesday this week represents another asymmetric trading opportunity. The majority of polls put Hillary Clinton slightly ahead of Donald Trump, but it will probably still end up being a close race. Despite the uncertain results of the election, the markets have signaled an 80% or greater chance that Clinton will become the next president. This means that the financial markets in the U.S. have already priced in a win for the Democrats.

So one potential trade at this point is to short U.S. stocks or buy some gold right before the election. According to investor and best selling author James Rickards, if Hillary Clinton wins then there will not be any major movements to the stock market because it already expects her to win. But if for some reason Clinton loses, then the markets will have to reprice for a Donald Trump win. Rickards predicts that if Trump becomes the next president, the S&P 500 index could drop by 200 points in the short term. The Dow Jones could fall by 1000 points, and the price of gold could rise by $100 per ounce. CNN Money claims that a Trump win could even send gold higher by as much as 10% to $1,400 per ounce. This asymmetric strategy isn’t meant to be political or partisan in nature. It’s simply an observation about how the financial markets ought to work.

Last week the stock of gold miner Newmont Mining climbed 7% on Clinton’s falling poll numbers amidst new FBI developments. But on Monday this week, the stock price fell 5% as gold backed off on the news that the FBI said they did not find any criminal wrongdoing in Clinton’s emails. On Tuesday Americans vote and we will see how the markets react to the outcome.