The Mistake Of Buying An Expensive Car 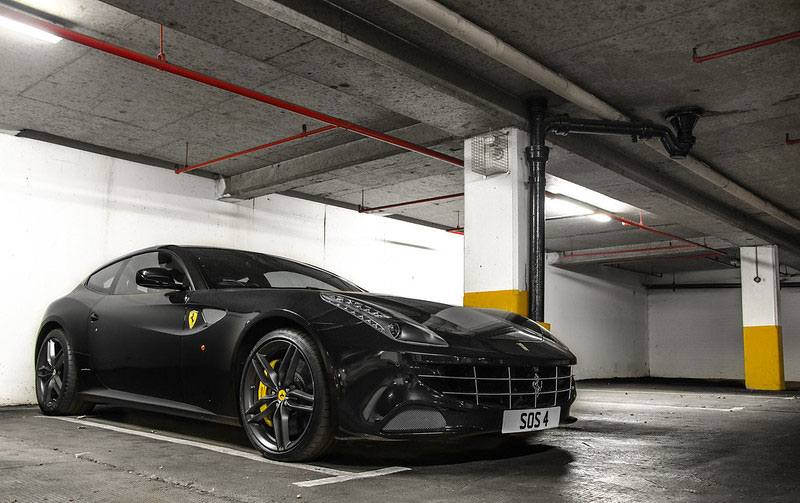 Over the years I’ve made my share of financial mistakes. There were minor splurges here and there, but I see my biggest financial mistake every time I leave my apartment. Sitting outside my rundown apartment is my Ford Mustang, the most expensive car in the parking lot.

While I do take pride in driving it and love getting the back-end to slide around corners, in the back of my mind I know I shouldn’t have spent so much cash on a car. What was I thinking?! Why did I ever want to drive something as expensive as this auto?!

Deciding To Splurge On My Car

When I first bought my car about 6 years ago, my affiliate websites were going through their first peak. I was getting my biggest commission checks and I was on top of the world. After years of working at entry level position, I was the definition of “new money.” I wanted to blow my money and show off my success.

So after wrecking my old Acura, I thought I deserved an upgrade. And why not get the car I’ve been wanting since it came out? I figured I was making enough money to have it paid off within 2 or 3 years.

My problem was that I was too set on a specific car and was paying for a rental until I bought something. The car salesman’s eyes must light up when they see someone pull up in a rental car. They know someone in that situation may be in a rush to make a purchase.

Because I had worked for several years marketing an online tire & wheel retailer, I felt a bit of pressure to buy a car that would impress my coworkers. My old roommate had also just purchased a big new truck. So I ended up giving into peer pressure and tried keeping up with the Joneses.

Why Buying An Expensive Car Was A Mistake

Later that year I was hit with a big income tax bill after doing so well with my affiliate websites. Somehow I had not been anticipating this and had blown most of my money on things like nice restaurants and renting a decent apartment across from the beach. This was my first financial wake up call. I didn’t get the hint though.

I paid off that big tax bill, but lost motivation with my websites. Things started to decline as I spent less time doing work on them. By the time I renewed my efforts, it was too late to stop the slide and I was starting to pay the price. Before I knew it, it was time to get a job. Yes, just like my current situation.

Even if I had been able to pay off my car within a few years, it still would’ve been a horrible financial decision. As soon as I drove my Mustang off the lot, it lost a large percentage of its resale value. Obviously it’s not the most fuel-efficient vehicle either and insurance is pricey. Since I’ve been unwilling to take the hit and sell it, I’m essentially tied to it.

Instead of wasting money on buying an expensive luxury car, I would’ve been much better off settling for a used Honda, Toyota or some other cheap car of good quality. If I had been smart enough to do that, I would have plenty of money in savings and would probably have committed to a mortgage by now.

Basically this unnecessary purchase cost me a lot as it set me back at least a few years with my financial life goals. If that hadn’t happened, I could have invested in Betterment mutual funds.

So what should I do now? I know some people would say to sell my car even if I only get back half of what I originally paid. That would mean fully accepting my mistake, but it would free my wallet of the very expensive monthly vehicle costs.

Jason Cabler from Celebrating Financial Freedom says “Learning discipline with money is not always easy, but it’s necessary if you want to get ahead financially. Many of these people tell me they don’t make enough money, but here’s the deal- If you have a lack of financial discipline you will always struggle with money whether you make $10,000 a year or $10 Million a year.”

Have any of you wasted money on cars that you really couldn’t afford?

154 thoughts on “The Mistake Of Buying An Expensive Car”