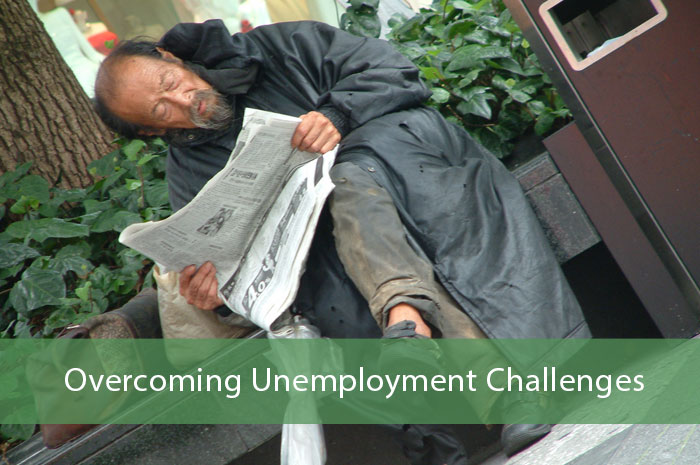 As many of you know I’ve been unemployed the whole time I’ve been running this blog. It actually goes all the way back to August. So that’s pretty close to 10 months. Time really does fly when you’re having fun and running this blog has been a lot of fun.

I admit I definitely haven’t been aggressively looking for a job that whole time. In fact when I left my last job I was making more money from my side business than at my job. So I figured I was set and losing my job wasn’t a problem at all. Working from home seemed like a real possibility.

As luck would have it, shit hit the fan on the following Monday. Basically Google did what they could to keep the small man down. Ok I’m not very small, but my website income was pretty small time. With the click of a mouse, all my best producing websites were penalized.

Fortunately I had some decent money saved up and was still getting income from other traffic sources. That might’ve given me a false sense of security though. I knew that I was fine for a while financially, but the effect on my long term finances didn’t really set in.

I would glance at the job posts occasionally but I was more focused on trying to recover my Google rankings and make that my full time career. The desire to be my own boss led me to find some excuse about any potential jobs that I should have been applying for.

I applied for the odd job over the months, but I didn’t put real effort into it. If anything it was just to show my girlfriend and family that I wasn’t just sitting on my ass ignoring a possible job.

The Turning Point In My Unemployment

That level of comfort took a change for the worse when my girlfriend and I broke up. Things are a lot more expensive when you’re paying for everything completely on your own. No more cheap rent. No more half priced cable and internet. No more savings on food.

Facing this financial reality was a bit overwhelming. I knew with the increased expenses, the pressure was really on to increase my income and soon. This financial problem combined with the stress of losing the most important person in my life was all too much. Add in some drug abuse, unhealthy eating and lack of exercise and it was the perfect storm for a bout of depression.

Ironically it was the financial pressure that got me back on the right track. With all the motivating financial stories I had been reading on blogs, I really wanted to have similar success. I realized I wasn’t satisfied just continuing to coast. I realized I needed to search more inspiration and strength, and make things right.

So now I had the motivation I needed. The problem was that the depression was still going strong and it seems like this dark and scary development won’t be ending anytime soon. It was easy to see that I had to deal with that before having much chance at employment. If not I was going to avoid applying for the better jobs and have little confidence in any interviews.

Obviously I had to smarten up about the drug abuse. That was going to eat away at too much of my savings and further distort my mental state. Geez I’m cringing at the thought of my mom reading this paragraph. Sorry mom! She caught me back in high school. So it wasn’t exactly a big secret, but I’ve hid it from her over the years. Now it’s been 2 months clean which is honestly the longest time, probably since I started. Thinking of it like that, I really had a problem with it. Well enough of that crap.

Then things started tying in with my recent post about putting your health before your finances. To completely get my mind in the right state, I knew I had to make other major lifestyle changes. Gradually I started making regular exercise and healthy eating a priority. That was the main focus but I also tried to get more social contact and more time outdoors.

With my new found drug-free energy, I really tackled this problem from multiple angles. I started taking vitamin D supplements and also fish oil extract. Both of those apparently help a lot with moods and provide all kinds of other health benefits. I even got some anti-depression medicine prescribed. I have since decided that I am not comfortable getting hooked on that stuff instead.

Now that I’m being so open about this all, I’ll admit that I’m also going to a weekly group cognitive behavior therapy thing. It’s giving me a great new perspective on the problem. I know it runs deeper than just this latest stressful situation. So I need to learn how to better cope with it from now on.

Well I’m happy to say that I’m making a lot of progress and confidence is higher than it has been in a long time.

Amidst dealing with the personal problems, I sucked up my pride and applied for employment insurance benefits. I knew that would buy me a bit of time to deal with my issues. I’m not entirely sure why I waited so long to apply. I think partly I thought my side income was too close to their maximum for acceptance, but really I probably just didn’t want to be forced to apply for jobs regularly.

Forced job applications was actually just what I needed to kick me in the ass though. Instead of being picky and only applying for ideal jobs, I took it to another level and applied to all the suitable jobs in my industry.

My first bit of success was landing a part time SEO contract for a company offering Whistler accommodations. Before I had been avoiding any contract work, telling myself that it would just take away from my blog work and they would expect too much. I now see that this was the wrong way of looking at it. I pushed aside that prejudice and kicked some ass in the interview.

A bit over a week later, I had another employer showing some interest. In this case they had been advertising the position at a much lower wage than I would’ve accepted. Plus they were hoping to have the person handle office admin duties. Well to fulfill my employment insurance obligations, I applied anyway, but I was upfront about the low wage problem. I also explained that they wouldn’t find an office admin with sufficient SEO knowledge to do much good. It turns out that they appreciated that straightforward approach and could tell that I had the skills to help them.

With my improved confidence the interview was a breeze again. Nothing was going to hold me back this time around. Towards the end of our chat, I was offered the job and I negotiated a wage pretty close to what I was looking for. The only catch was that it was only 30 hours per week for now. Hey that works for me since I had the part time contract and also my blog to run. They even decided that they would let me focus exclusively on SEO and try to hire someone else for the office admin work as I build up their marketing.

The Keys To Success

In my case, the biggest reason I was able to land a job was my change of mindset. I made headway in dealing with my depression and convinced myself that I had the skills to take on these jobs. Confidence goes so far and it can really hold you back if you’re lacking it.

Being more open minded was extremely important too. I could either fight with all the other applicants who are applying for the very best jobs or I could give other jobs a chance. Instead of being in the middle of the pack, I put myself in a position to be the frontrunner for the jobs I landed. Both employers pretty much knew they wanted to hire me even before we met for the interview.

In both cases I thought the job didn’t seem ideal at first, but both employers are great people and I’m excited about these jobs. Now if I do my job well, this can expand the opportunities or end up being a springboard for something else down the road.

Other people may need to overcome other obstacles, but I believe a variation of my challenges is affecting a vast number of other people who are unemployed. Unemployment can be very discouraging experience. It is all too easy to get stuck in that rut and let it prevent you from putting your best foot forward. Don’t let your skills and education go to waste just because you don’t feel confident enough. So if you can, try to address anything holding back your confidence. Then open up your mind and work hard applying for lots of jobs.

Young people, middle-aged people, old people- there are plenty of people around the world experiencing employment problems. However, don’t lose hope. If you stay positive and keep at it, you’re bound to find someone willing to give you a chance.

Have any of you had any struggles with unemployment? If so, how did you overcome it? What would you do if you lost your job and couldn’t find a new job right away?