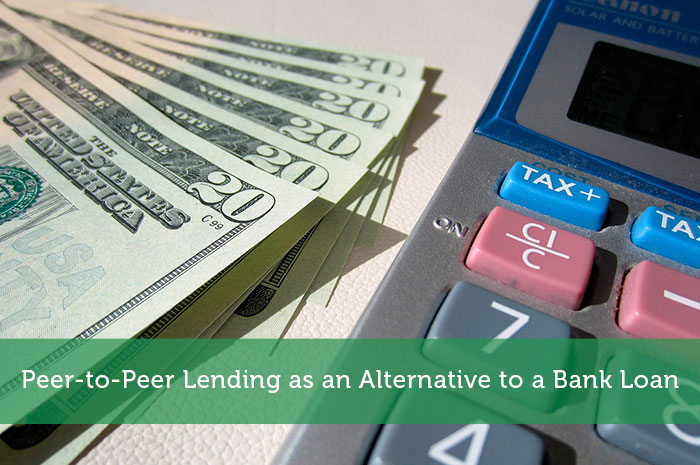 Since the rise of peer-to-peer lending, banks have tried to scare people out of participating in these alternative programs. They want to convince people that the safest way to borrow money is through them, but is it really working?

Some say that the Great Recession of 2007 was caused by excessive de-regulation mixed with a lack of transparency about the country’s problems. This hurt the financial sector tremendously, which resulted in high interest rates and stricter credit requirements from commercial banks. Combine that with high late fees and ruthless collection efforts, it’s no wonder that people are turning to private industry to borrow funds.

Peer-to-peer lending companies have offered a more economical alternative to bank loans. Not only do they offer lower interest rates, but they also have more lenient credit requirements. Not to mention, they offer shorter terms, which means that people are able to pay them off more quickly.

Another advantage of peer-to-peer loans is that they are funded by individuals, which give them a different feel than a bank loan. People are more apt to pay the money back because they don’t want the lenders who finance them to lose the money they invested.

The truth is, people have lost their trust in traditional lending, which is why it is the fastest growing alternative in the United States. All of the reasons I have mentioned previously had a lot to do with this change, but the main reason is because bank loans lack a personal feel. Perhaps this is why peer-to-peer loans sound more compelling to consumers. And they don’t have to wait an extraordinary amount of time to get their money. Peer-to-peer loans are usually funded in just a few days, and the cash is deposited directly into their bank accounts. Fast service to one of the greatest loan alternatives.

Prosper and Lending Club are two of the major players in the peer-to-peer lending industry, as they have been around the longest. Their requirements are pretty similar, and their loans are similar as well. Lending Club is more suited for small business loans, as they give these small businesses more latitude over how much (or how little) they want to borrow.

Because these loans have shorter terms, the monthly payments can be higher than what you might find in a bank loan. So, you want to make sure you only borrow as much as you need. Don’t fall into the temptation of taking extra money, as it could increase your chances of falling behind or going into default.

Like any other loan, your credit history plays a major role in whether or not you can qualify for a peer-to-peer loan. In fact, both Prosper and Lending Club have their own minimum credit scores. Prosper’s minimum is the lowest of the two, as they require a FICO score of at least 640. Lending Club has a slightly higher minimum than Prosper (a FICO score of at least 660), which will knock out some people. Still, it’s a far cry from what you will find at most commercial banks.

Just like any loan, your credit score will determine the interest rate. So, if you have shakier credit, you might want to weigh your options and think before you decide to pull the trigger on a peer-to-peer loan.

It’s clear that peer-to-peer lending is not for everyone, and it’s clear that not everyone is going to qualify. But for some, it might be an easier and more economical alternative to traditional bank loans. Lower interest rates, more lenient credit requirements, and quicker funding all make this a popular lending system.