Should You Invest in Marijuana Stock? 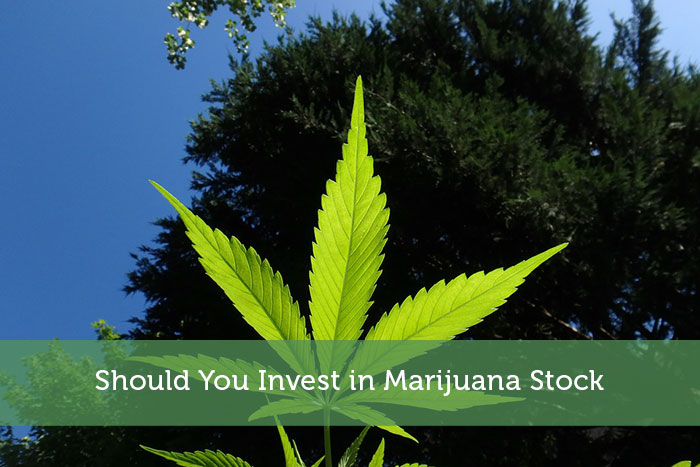 Like any other investment, Marijuana stocks are an investment and carry a certain amount of risk and reward associated with taking that risk.  As it has been proven time and again, the higher the risk you take the greater the rewards you shall reap.  As an investor, no matter how risk-seeking or risk-averse is your investment mindset, it is essential to understand and take into advisement what those variables are.

Before we jump headfirst into the merits of investing in companies that manufacture and sell marijuana in states where it is legal to consume it either for recreational or medical purposes, let us first understand what ‘Marijuana’ as a product is.

Marijuana is desired by its users for two basic chemical components also called the cannabinoids.  The first is known as THC, or tetrahydrocannabinol, which is essentially responsible for its psychoactive properties get you high.  The second and lesser known component is called the Cannabidiol, or CBD and has the supposed therapeutic qualities touted of Marijuana.

Risks of Investing in Marijuana Stocks:

Like it or not, but Marijuana is still an illegal drug listed as a Schedule I level substance, according to federal law in the United States and most other countries.  Along with its legal status, Marijuana use and its popular consumption are highly taboo in most social circles.

Although there are a lot of pundits and prognosticators who have predicted an astronomical growth in its use for medical and therapeutic purposes, there were yet other pundits who declared such growth of other magic potions such as the Moringa tree or Atkins diet.

However, predicting a phenomenal growth in a market and actually having it materialize are two entirely different things and investors should be cognizant of this fact before investing in Marijuana stocks.

The people involved in the cultivation, production of Marijuana in the recent history of the US have been pretty unsavory, with a strong motive, funds and necessary means to not let pot legalize, especially for recreational purposes if it cuts into their profits.

It is interesting to note that California legalized the recreational use of Marijuana in January of 2018.  However, businesses that opened their doors to recreational users saw their sales and revenues grow much slower, because better quality and more potent marijuana was available in black markets at a lower price.

States that have even legalized marijuana have little to no legal or enforcement mechanism against the black market sale of pot and that won't change anytime soon.

Remember that about 40% of the chemical composition of marijuana is Cannabidiol or CBD. And despite its recent legalization, it has already been approved by the Food and Drug Administration for treatment of two types of epilepsy disorders in form of a drug called, Epidiolex.

The benefits or therapeutic uses of marijuana and its two main chemicals is still in a nascent stage.  Despite previously known benefits of marijuana for use in neurobiological and digestive disorders, its widespread use for treatment is largely absent from traditional medical practice.

And with rapidly expanding investment in finding new therapies and cures for diseases and growth of the biotech industry, marijuana stocks may be a smart start into a therapeutic boom.

Given the sheer pace of growth in sales, if even six more countries in Europe or Asia open up their laws to legal consumption marijuana, the marijuana stocks for companies who are already in the business can explode and may be a good and rational risk to take at this moment of time.

In conclusion, every investor should weigh both the risks and rewards in new business ventures and investments, according to their appetite and ability to withstand risk, only after thorough research.

Author Bio: George Jones is a personal finance blogger. His area of expertise includes Blockchain, Web and Mobile App development and Artificial Intelligence. He has been in the technology finance industry for 14 years and continues to write every day.