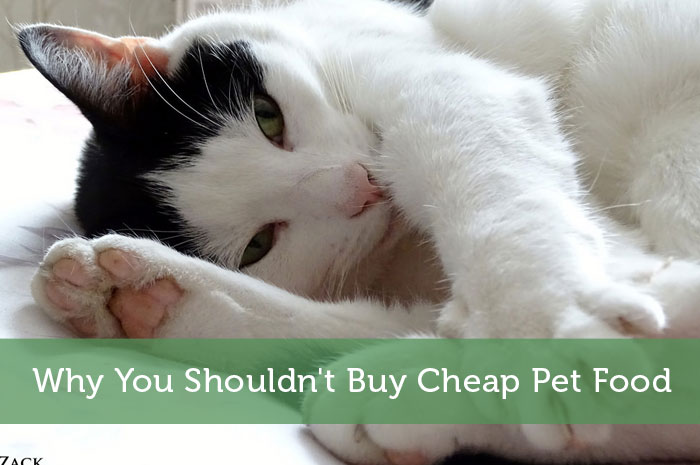 As mentioned in my Friday post, one of my cats was a bit under the weather recently. Now I’d like to share an important lesson I learned about owning a pet.

Both of my cats have always been very healthy and are actually quite spoiled. So I always assumed I was doing everything right with taking care of them.

Then things changed a little while ago when my cat Trip started puking. My veterinarian at the time said he was in good health and most likely just had excess fur in his digestive system. This sounded like a plausible explanation since he sheds a lot and also grooms my other cat Timmy.

As the problem continued I started looking for other causes. Online research revealed that it was apparently a fairly common thing with older cats, particularly if they have long fur. I decided to make some changes around the apartment to try to help him out:

Despite all these changes, he just wasn’t getting better. I was really getting concerned. So I took him to a different vet to see what he thought. This ended up being a very good idea.

I told him about my suspicion of it being a furball built up in his digestive system, but he thought it would be best to take an x-ray to see if that is the case or whether it might be stones in his bladder. Since I wanted to get to the bottom of this, I gladly agreed to the $100+ for the x-ray.

I figured from there he would give Trip some kind of medication and it would be problem solved. Unfortunately the x-ray revealed that he had developed a stone in his bladder. The vet explained how crystals in the urine can accumulate to the point of it blocking things and making him sick. Left unchecked for longer, it would’ve led to blood in his urine and eventually inability to urinate among other problems.

The good news was that they could perform a surgery to remove the stone. The bad news was that it would put the vet bill over $1000. It was a steep price, but obviously I agreed to it. The worse kick in the gut came when I asked what causes this problem and how it could be prevented.

The Root Of The Problem – Cheap Pet Food

Basically it was completely my fault for feeding him low priced cat food. No I wasn’t using some no name super cheap food. I had been giving them Whiskas dry food and Fancy Feast wet food. With big brands like that, I assumed it would be quality food.

Food companies just cannot be trusted though, whether it’s for human food or pet food. They will add all kinds of crap just to make it tastier or to make it last longer. In some cases there is too much heavy metals which leads to problems like this. They don’t care what health problems their food can cause. They just care about profits and making it appear that the food is being enjoyed.

It’s interesting that it was such a parallel to my own health problems also caused by eating too much of the wrong kinds of foods. Here I was doing a 180 with my own diet, but continuing to feed my cats unhealthy food. To say I felt guilty would be a huge understatement. Sure I was super pissed off at these pet food manufacturers, but ultimately it was me that made that choice. Sorry Trip and Timmy!

The Road To Recovery

After agreeing to the surgery, I was relieved to hear that it could be performed later that day. So I paid a big deposit and went home to dwell on my guilt, worry and anger.

The surgery went well and the bladder stone was successfully removed. Still they decided to keep him there a couple days for monitoring and to give him medicine. The apartment just wasn’t the same without him around. I couldn’t help but worry more the longer he stayed there.

Now that he’s back home, he’s switched to a special food that cleanses the crystals from his system. He hasn’t puked at all since and seems to be doing much better.

Although Timmy was never puking, he’s also on this special food now since he was possibly developing stones too. I’ll have to keep an eye on both of them to make sure they are both doing well. After 2 months, they will be switching to normal food. I’ll just have to find a brand that I can trust, probably something organic. It will cost a lot more for a bag of that kind of food, but your loved ones’ health is priceless and it should avoid those costly visits to the vet.

I definitely won’t be making this same mistake with my pets. I love them too much to do that. If any of you are pet owners and trying to save money on pet food, be aware of the risk you may be taking. Even keep that in mind when making your own personal food choices. It may taste good, but do you really want to cause problems down the road. It may already be causing problems now, but you didn’t realize the cause.

Also if you have any pets and wouldn’t be able to cover an expensive vet bill, it might be a good idea to pay for pet insurance. I sure was wishing I had some kind of coverage when paying this 4 figure bill. It would’ve taken some of the stress out of the situation too.

Are you aware of the dangers of cheap pet food? Do you think pet food manufacturers should be held more responsible for their products? Or am I just a horrible pet owner for not being more educated about this risk? What top cat food brands can you suggest? Has anyone here tried Royal Canin and Eukanuba?