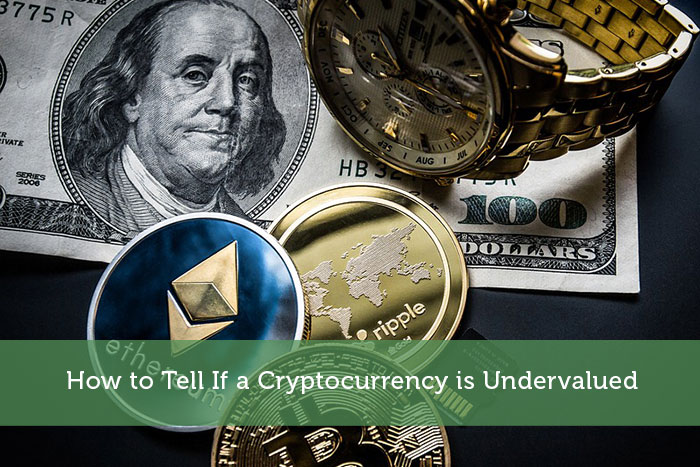 Over recent years, blockchain technology has revolutionized the supply chain in industry and the financial markets. Today, money continues to pour into cryptocurrencies, both for Bitcoin (BTC) and Bitcoin cash (BNB)(BCH) which was created by a hard fork in 2017. Money has also been invested in the seemingly endless supply of altcoins (Ethereum, NEO, ARK, etc.). which have a variety of different use cases. Traditional investors see incredible returns happening literally overnight, but many do not know how to begin evaluating these digital coins for value in the cryptocurrency industry

In stock market investing, publicly traded companies always have balance sheets. Here investors can see in detail the health of the company’s finances. Further business and industry research is required, but it’s a major help for value hunters. In the case of cryptocurrencies, most investment attention  has tended to be attracted by those companies and projects with the highest profile and the most amount of money to invest in advertising. This does not mean that other coins do not deserve attention. There are in excess of two-thousand cryptocurrencies listed on CoinMarketCap, so there is plenty of food for thought when it comes to investment.

Undervalued cryptocurrency – how to identify it

Crypto does not have balance sheets. Prices are largely based on the promise of innovative new technologies and a whole lot of hype. This is why it can be so difficult to navigate the world of micro-cap coins, especially with issues such as scams and failed coins abounding. So is there no way to understand the underlying value of these coins and the technologies/companies they represent and how they will perform in the near future?

Fortunately, cryptocurrency investors are finding a way to identify undervalued cryptocurrencies, and it’s really not so different from the way stocks are evaluated by everyday value investors.

It’s also a good idea to take the time to read the whitepaper for any ICO.

While you do these things, pay attention to conversations on forums like Reddit and BitcoinTalk. Here, you will find people who have a great deal of knowledge which they are usually willing to explain. During your investigations, you may find mention of some of the following cryptocurrencies. While we are not telling you to invest in them, they could be worth your attention.

International bank transfers can be problematic and take a lot of time. However, Blockchain technology enables transfers across the world in real time. It’s also less costly than using many money transfer systems. Ripple is one of the systems that has been developed to work in this area. It allows financial institutions to make international transfers within just a few minutes.

Although Ripple was at a high in 2018, before hitting a downward trend, it’s still up there in terms of  market capitalization, and has been known to trade places with Ethereum for second place overall.

TRON began life as part of the Ethereum system but has since been developed as a blockchain-based operating system in its own right. TRON had a positive start to its existence attaining 90 smart contracts within the first two months. It has also been ever present in the world of social media which has helped to boost its popularity.

The ICO for TRON was also very successful with the hard cap of $70 million being reached in the first two weeks. It has faced a lot of competition from other projects which are aimed at decentralizing content creation but has still managed to hold its place in the top 20 of cryptocurrencies by market cap. It seems likely that TRON will be a strong contender if the cryptocurrency market blossoms.

Cardano is a fully open source decentralized project based around blockchain technology and the development of a cryptocurrency. It aims to provide a more advanced solution than anything that has come before and is the first blockchain platform that has been based around a scientific philosophy. Cardano is one of the altcoins that has suffered most from the dip in the cryptocurrency market but there is some suggestion that its fortunes will start to improve.

The Lisk token was launched in 2016 and is aimed at handling fees and transactions within the overall Lisk system. The system itself aims to address the issues that companies have when it comes to using blockchain technology in their systems. Instead of having to develop blockchain centered systems from scratch, the aim is to allow companies to build specific applications on top of the Lisk framework. Lisk aims to be user friendly and seeks mass adoption as it aims to grow as one of today’s up and coming blockchain technology systems.

In this respect, Lisk is not designed to be a stand alone cryptocurrency in the same way that Bitcoin is, the associated token is used to negotiate transactions within the system. This makes Lisk similar to Ethereum in concept, but Lisk is built using JavaScript, a programming language that is already widely used. This would seem to give it a potential advantage and may lead to it being a wise investment choice.

As a cryptocurrency the aim of EOS is to support large scale applications. There is no fee structure within the system with those who run the system simply being rewarded with the provision of more EOS on a regular basis. EOS has been a cryptocurrency which has performed well during difficult times for the cryptocurrency market and at the time of writing seems set to experience an upsurge.

ICON is a cryptocurrency project which promised much when it was first instigated but which has yet to fully deliver. It began as an ambitious project to create a decentralized network and was taken up by many businesses and organizations in South Korea, its country of origin.

However, it experienced a large dip in its fortunes in 2018 mainly due to failing to deliver on promises, and poor communications. It remains to be seen whether ICON will recover from this, and deliver on its early promise, but the team has certainly been working on making improvements, and communicating more effectively, so the fortunes of ICON could be about to improve.

Monero is a cryptocurrency which has gained much attention from the black market and from all those individuals and organizations who do not relish the idea of being watched by the establishment, or by potential hackers. This is due to the fact that it offers a similar product to Bitcoin but with higher levels of anonymity. For instance, no stealth address is recorded and transactions are all split into multiple parts. At time of writing, the situation with Monero is that it’s not an ideal time for buying or selling, so this is a cryptocurrency which could present value but it’s a wait and see situation.

Litecoin is a traditional cryptocurrency that has already proved its mettle over the years. As a leading peer to peer Internet currency it certainly has its merits. Whether it represents a good investment by being undervalued is up for debate but it certainly enables faster transaction times and has a high liquidity level.

At the end of the day, there is no way to predict which coins will succeed or have strong staying power on the cryptocurrency market. Investing in cryptocurrencies is risky, but you can allay this risk by doing your research and getting as much cryptocurrency trading financial advice as possible. It’s also a good idea to create a diverse cryptocurrency portfolio in order to mitigate potential risk.