It was around 10 years ago that the wheels fell off the housing boom in the United States and the Great Recession took its toll on the country. For many, this was the first time in their lives where they were impacted so harshly from an array of financial fronts.

Not only was it near impossible to buy a new home during this time, but as a result of a lack of buyers, housing prices stalled and then began to drop. The effects of the Great Recession didn’t end there. The stock market lost over 50% of its value and tens of millions lost their jobs.

With a loss in savings and income, even fewer people were interested in buying a home and the result was housing prices falling off a cliff.

In this post, I am going to look at why the stock market lost over 50% of its value during this time and look at what has happened since. How has government responded to protect investors? How have investors fared in the 10 years since?

Let’s get started looking into these questions.

Why The Stock Market Dropped During The Great Recession

The reason the stock market dropped began out of uncertainty. At the time, banks were underwriting mortgages and then packaging these mortgages into pools and selling them to investors. On the surface, this looked like a nice fixed income investment.

But the problem was that the banks were mixing mortgages from various credited buyers. In many cases, you had mortgages that were going to easily be repaid by the homeowner because they could afford their house.

Mixed in with these mortgages were loans of homeowners who could not afford their monthly payments and were highly likely to default on their loan. Because investors had no idea what mortgages made up the security pools they were buying, fear set in.

When you add in job layoffs, loss of income, and a slowing economy with fear, it is not a surprise that the market dropped as though it did.

What We’ve Done To Protect Investors

Since the Great Recession, there have been numerous laws enacted to protect investors. Some laws have gone into effect to ensure that money market funds cannot break the buck. For investors the biggest impact has been the Dodd-Frank Act.

The result of these regulations have helped or hurt investors depending on who you talk to. But for the most part, they have been beneficial to investors in ensuring a safer trading environment.

How Investors Have Fared

When it comes to investors and the Great Recession, there are two distinct camps. On the one hand, you have investors who did not jump off the ledge and remained invested. For these investors, they earned back their losses by late 2011 or early 2012.

The other group of investors, those who fled the market, lost a lot of their wealth. Many were so scarred by the incident that many are still not investing to this day. This is a shame because we have experienced the greatest bull run in the history of the stock market since 2009.

As of this writing, the market is up over 230% from the lows. In other words, had you stayed invested during this time, you would have not only earned your money back, but more than doubled what you originally had.

The Lessons For Investors From The Great Recession

For investors, the lessons are the same tried and true lessons that you hear smart money managers talk about often. The biggest being is to not let your emotions make your investment decisions. This can be accomplished by having a well thought out investment plan and picking an asset allocation that fits your risk tolerance.

Another important lesson from the Great Recession is to invest for the long term. Smart investors during the Great Recession were buying stocks as the market trended lower. They know that you buy when stocks are on sale. I’ll admit that this can be tough to do, especially when you look at your 401k plan balance and seeing it dropping in value daily.

But by keeping a long term view on things, you can be a better investor. Throughout history, investors have encountered a lot of turmoil and in time, we have gotten through each event and rose from it. By taking a long term view, it will help you to stay invested, even when the market is dropping.

At the end of the day, the Great Recession had a major impact on everyone’s financial lives. Many people are still trying to recover financially today. If there is one thing that this even has taught us, it is to live within our means and save our money.

When we live within our means, we are less impacted when financial crises happen. And by making sure we have money saved, we not only are better able to weather the storm, but also invest when opportunities present themselves.

I encourage you to take some time and look at how the Great Recession impacted you and how you can prepare and protect yourself for not only the next major event, but even with the next bear market. Because truth be told, similar events will happen again. 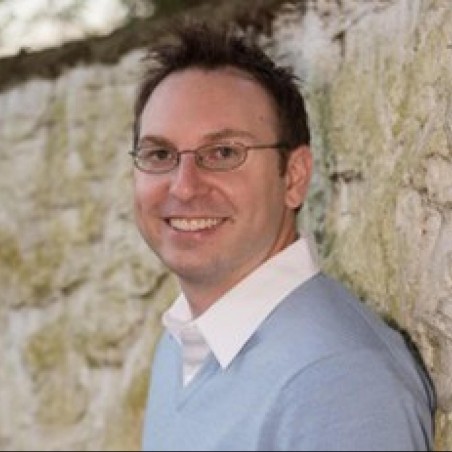 About the Author: Jon Dulin

Jon writes for Money Smart Guides, a personal finance blog that helps readers get out of debt and start investing for their future. He has been investing since he was 16 and has learned a lot through the years. He uses these investment lessons to help him be a more successful investor today. Also check out his contributions to Compounding Pennies and ETF Trends.

1 thought on “The Great Recession: Crucial Lessons For Investors”