How Thinking Regionally Can Boost Your Investment Strategy 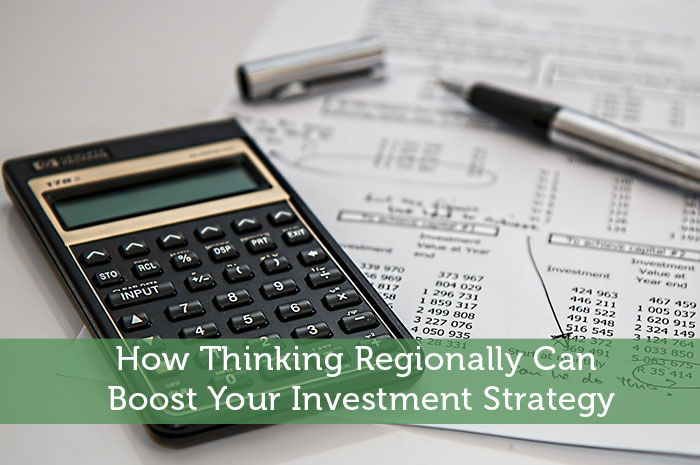 When choosing what stocks to buy, smart investors look at a number of factors – recent profit reports, market trends, and company projections, among others. People like to invest in growing industries, like fitness. One factor that’s too often overlooked when choosing stocks, however, is geographical location. Though many people look at stocks in a sort of spatial isolation, companies based in areas with weak economies tend to perform more poorly on the market, even when other evidence indicates that they’re prospering.

How much weight should you give to the company’s region when choosing a stock? It depends on how strongly you feel about the industry, as well as how the stock has been performing within its current contexts. Motley Fool stock recommendations tend to stand the test of time. Some stocks can survive the pull of their region’s economies, but others are more closely tied than they might like to be.

Cars And Coal: A Case Study

If there are any industries that reflect the power of local economic failures on stock prices, they’re the automobile and coal industries.

The automobile industry is based in Detroit, in what’s known as the Rust Belt. This area of the United States has been struggling for several years now, but thanks to overall economic growth and a financial boost, the automobile industry is making a comeback. In fact, 2015 saw record car sales. What it didn’t see, however, was rising stock prices among Detroit-based car companies.

Why didn’t stock prices go up for companies like Ford over the last year? The simplest explanation is that, while the industry itself may be making a comeback, investors don’t trust that the Rust Belt is out of the woods quite yet. They aren’t willing to invest in a region that’s proven to be financially unstable in recent years.

When we look at the coal industry, on the other hand, it’s not surprising that stocks are falling. Coal country has faced dire straits economically for a long time now, and while many blame environmental regulations, a more likely explanation includes bad investments in Chinese coal and irresponsible practices by industry CEOs. Whatever the explanation, however, it’s unlikely that investors would want to sink their money into these stocks, as it’s a region in deep economic duress.

In stark contrast to the automotive and coal industries – or more specifically, in contrast to their regional bases – sits Oakland, California. Oakland is a booming city, picking up the overflow from the now unaffordable San Francisco, very walkable and featuring a strong public transit system. Though it’s also becoming increasingly pricey to live in, Oakland is a hotbed of innovation with a lot of businesses setting up in the area.

With the regional economic strength of Oakland in mind, it should come as no surprise that the city is launching some significant companies, and their stocks are poised to take off. Solar power, for example, hasn’t fared well over this past year, but the Oakland-based company Sungevity isn’t scared. They’ll be merging with Easterly Acquisitions in order to become a publicly traded stock under the name Sungevity Holdings.

Perhaps even more surprising news from the staid world of stocks – and in an “only in Oakland” kind of moment – is the recent announcement that Terra Tech Corp acquired the cannabis retailer Blum Oakland, making it only the second publicly traded company in control of a dispensary. Elsewhere, this could have been disastrous, but in a liberal, growing enclave like Oakland, this is good news, and perhaps even better news for investors; Terra Tech’s stock climbed 18 percent in the wake of this announcement.

It all goes back to the old saying – “location, location, location.” Where publicly traded companies call home matters to investors. It’s time to add a critical lens focused on local economies to our investment strategies.