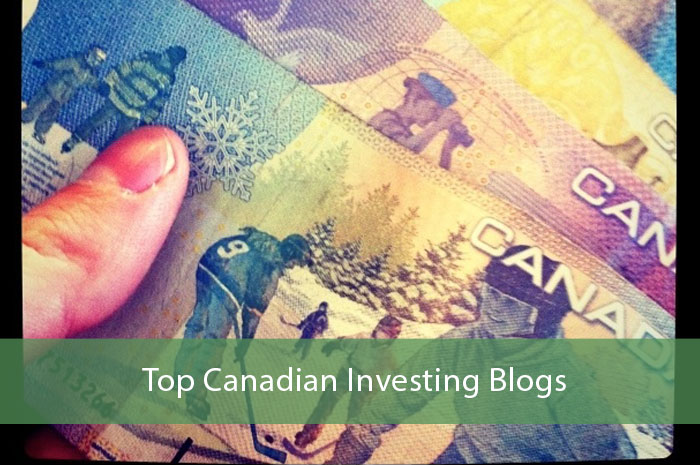 Back in April I created a poll to rank the Top Canadian Personal Finance Blogs. Thanks to all the bloggers who shared that list with their followers, that post has remained the most popular post on my blog.

At the time I took a bit of flack for excluding blogs that were focused primarily on investing. In my defense, there were simply too many great Canadian finance blogs to include. So I had to limit the list somehow. I did promise everyone that I would eventually create a separate poll just for the top Canadian investing blogs.

Well eventually has rolled around. Again it’s time to alienate all of my American readers to cater to a small fraction of my visitors. Hey, after that Roth IRA blitz earlier this year, we owe you some payback 🙂

With the last poll I didn’t really know what to expect. I figured my regular readers would vote and maybe another 20-30 people if I was lucky. To my surprise the poll took on a life of its own and there were over 500 votes. Considering my blog had only been up 2 months at the time, that’s quite a few voters.

Since I don’t cover investing topics myself, I’m not expecting anywhere near those totals with this poll. This time around I’m going to unofficially end this poll at the end of June. That way in honor of Canada Day I can feature the top vote getters from both polls in a special post on July 1st. I will likely leave polls open to new votes indefinitely.

The other reason for creating this poll now is that I have finally decided to further educate myself about investing. I’m tired of ignorantly accepting whatever the commission hungry financial planners at my bank push on me. I want my money to work for me and actually get a decent return. This poll will give me a good idea of which investment blogs I should be learning from.

Like the last poll you can vote for up to 5 of your favorite blogs. I will also add an additional vote for anyone on this list who shares this post on Twitter or subscribes to my rss feed. If I missed any good Canadian investing blogs, please let me know.

Also I’d like to extend a special thanks to two local investment bloggers who have agreed to meet up with me to provide some investing advice: Dividend Ninja and Freedom Thirty Five Blog. If you’re unsure of who to vote, add in some votes for these guys for being willing to help me out. They get my vote anyway.

Feel free to keep voting though.

Do you have a personal favorite investment blog? Or what’s the best investment advice you’ve ever received? Anyone else out there want to admit they are investment ignorant?