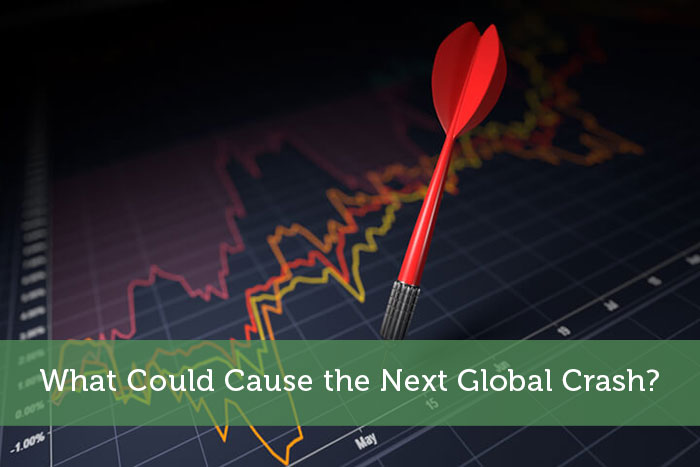 More than a decade may have passed since the ‘Great Recession’, but we’ve been living in its shadow ever since. The fallout from the worst economic crisis since the 1930s has been felt right across the globe, impacting everyone from individual households to Dow Jones listed companies and political leaders. While many still bear the financial scars of the last crash, however, could we actually be on the cusp of the next one?

In a revealing essay for The New Statesman, Grace Blakeley outlines the economic conditions that should cause concern among us all – and might ultimately pave the way for the next big rupture to the global economic order.

China’s economic growth in 2018 was its slowest in 28 years, prompting fears in countries where Chinese demand for exports is key to their ongoing health. As Daniel Moss, writing for Bloomberg, puts it: “China no longer looks like the unstoppable economic juggernaut we saw in the last decade. It has ups and downs, patches of strength and weakness, like other substantial powers.” China’s growth into a mature economy might well be more likely to leave the rest of the world with growing pains.

The end of the road for QE

Quantitative Easing was used to try to stimulate demand as the world recovered from the 2008 shock. Now, as programs come to an end, countries and consumers used to an era of cheap borrowing might find life tough.

Before the debate on Brexit, all eyes in Europe were on the Eurozone crisis. The financial woes of Greece in particular looked like they could even cause the continent-wide project to fold. Yet, despite Brexit turning our attention away, the structural issues and debate have not gone away. As Blakeley notes: “Without structural reforms that promote growth in these economies, the disparity between north and south will only further widen. Over the long term, if unaddressed, this surely can only have one outcome: the break-up of the currency union itself.”

China’s woes aren’t being helped by the rise of protectionism – an economic bedfellow of the populist politics that has taken hold in the post-crash world. Donald Trump’s trade war – which has seen new tariffs introduced – has raised eyebrows and fears in many countries. The history of trade wars – spelled out in this timeline – shows that they do have the power to be disruptive.

Finally, there’s the issue of debt. Whether it’s loans, credit cards or mortgages, many people have taken on a lot of debt in the decade since the crash and that means they’re at risk of feeling the ill effects of a downturn. Countries and individuals might well suffer if inflation takes hold.

Failure to reform also a factor

Blakeley’s warnings are echoed by others too. The IMF, for example, also suggests that the world economy is at risk – citing a failure by policymakers and regulators to introduce the full range of reforms required for adequate protection.

The IMF said: “The sequence of aftershocks and policy responses that followed the Lehman bankruptcy has led to a world economy in which the median general government debt-GDP ratio stands at 52%, up from 36% before the crisis; central bank balance sheets, particularly in advanced economies, are several multiples of the size they were before the crisis; and emerging market and developing economies now account for 60% of global GDP in purchasing-power-parity terms – which compares with 44% in the decade before the crisis – reflecting, in part, a weak recovery in advanced economies.”

While it’s not yet clear which factor could ignite the next crash – it’s certainly clear that enough factors exist to help make one spark erupt into a bigger economic fire. It’s a picture that ought to encourage caution from boardrooms, to parliaments and living rooms. Don’t say you weren’t warned.