6 of the Most Popular Instruments for Financial Traders 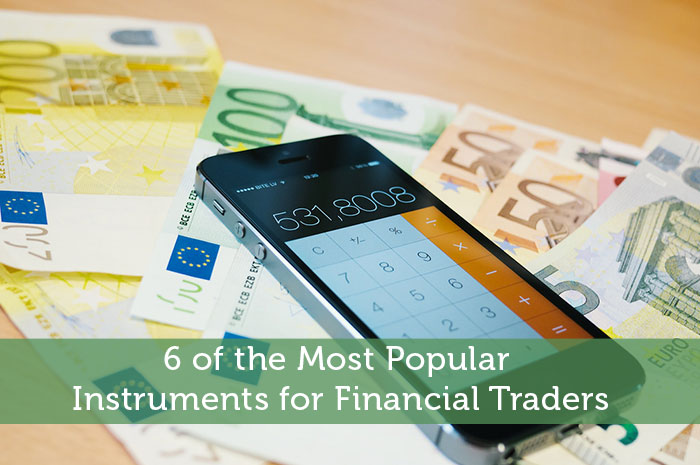 Getting into the financial markets can be daunting to say the least, as whichever trading vehicle you decide to use may offer access to 1000s of different instruments. The most popular securities can be a good entry point to trading as they have some of the best coverage. This doesn’t, however, mean they aren’t without their risks.

So, what could a potential portfolio comprised of some of the most popular instruments look like?

FTSE 100: To speculate on the movements of the FTSE 100, spread bettors and CFD traders buy and sell the UK 100 instrument, one of the most popular markets globally. Launched in 1984, before the resurrection of the City of London, the FTSE 100 has traced the fortunes of the UK and global economy ever since. The index is particularly affected by fluctuations in commodity prices because of the number of large mining and oil companies listed on the London Stock Exchange.

DAX: The DAX index, renowned for its volatility, is popular amongst traders looking for quick profits through taking advantage of its sharp price movements. As with the underlying German economy, the main sectors to watch are Pharma, Chemicals, Industrials, Healthcare and Automobiles.

Apple: The electronics giant is loved as much by traders (particularly those who held on to Apple shares in the 1990s) as it is by consumers. Following a slump in the 90s, the corporation soared to global dominance after the launch of the hugely popular iPod and iPhone. Trading this equity is particularly affected by the launch of new products and the number of bugs they may contain.

Barclays: Barclays is one of the largest banking and financial services companies in the world. Particularly popular amongst spread betting traders in the United Kingdom and Ireland, in 2011 the bank had total assets of US$2.42tn. The bank was notable in the 2008 financial crisis for turning down £7bn from the British Government, and raising capital from private investors instead.

Gold: The precious metal is one of the longest traded commodities in the world and is seen as a safe haven for investors during times of market turmoil. In recent years, the price of gold has been pushed further upwards by Indian and Chinese demand (which accounted for an astounding 54% of global demand in 2013).

Oil: As one of the essentials of modern day society, oil is amongst the most important instruments in the world. Fluctuations in oil prices have contributed to the overthrow of governments and the instrument’s price is significantly affected by political events. Most recently, a slump in oil prices has triggered large (and divergent) changes for economies across the globe, of which the long-term consequences are yet to be seen.

GBP/USD: Known as ‘Cable’ to traders, the exchange between the Great British Pound and United States Dollar is one of the oldest in the world. The forex pair is also amongst the most traded, with both New York and London being important financial centres. GBP/USD is known for its volatility, and new traders are generally warned against trading the pair until they are more experienced.

EUR/USD: The Euro Dollar currency pair has the largest trading volume of any market in the world.  This means that it offers high liquidity and some of the tightest spreads around. As with most currency pairs the Euro Dollar is particularly influenced by public policy and economic data announcements. Trends tend to be better defined and endure for longer than other trading instruments, normally making the pair a good choice for beginner traders. Although this doesn’t mean you should ignore risk management strategies.